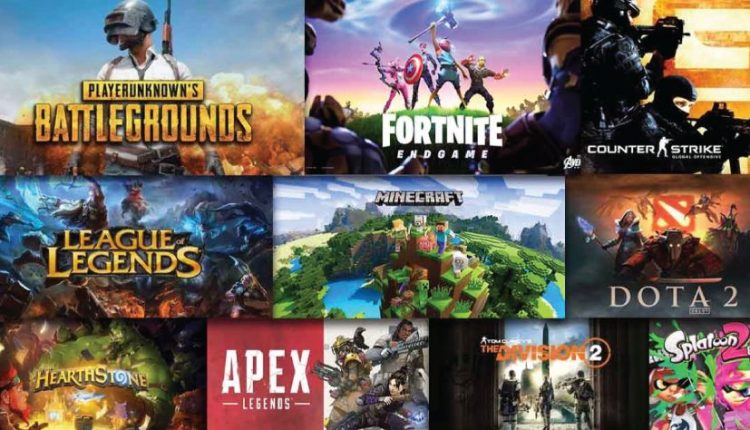 The internet has introduced many new ways to complete tasks and spend leisure time. From grocery shopping to playing games, the internet has changed our lives and social gaming has become extremely popular. An online social game is any game that is played online and involves some form of communication with other players. The communication could be via text on the screen or via a headset and the game could be played cooperatively or against each other. Continue below, as we look at the 5 most popular online social games.

This game has risen to prominence in the last two years and Among Us continues to rank as one of the most popular online social games. It has a bit of everything that makes social gaming what it is today, including players working together and communication, the latter of which is key if the players are to win the game. The basis of the game to find the imposter in the group, so one player will be working on their own against the others but trying to not give their identity away. There are mini games to solve for the group while the only goal for the imposter is to sabotage their efforts.

For those who love the ocean, Sea of Thieves is a fantastic game and can be played on PC, Xbox One, Xbox Series X and S. The four-player cooperative adventure game is based on sea exploration and guiding a ship around the ocean. Elements of the game include finding treasure, battling against other pirates and skeletons, and meeting other groups of players who are aiming to do the same. The game starts with all players having the same set of skills and weapons and players can choose whether to attack or befriend other sailors they meet during the game.

It is impossible to create a list of the most popular online social games and not include Fortnite. Having been released in 2017 by Epic Games and People Can Fly, Fortnite has become a massive game, with millions of people from around the world creating an account. In fact, as of June 2022, there were 2.5 million to 4 million concurrent players, which is incredible. There are different games modes within Fortnite, including Save the World and Battle Royale. Depending which game mode is selected, it is possible to join forces with other players and work cooperatively or play as individuals. The Party Royale has been a welcome addition to Fortnite and allows players to hang out and chat with friends, without any lethal weapons involved.

Social casinos, more commonly known as sweepstake casinos have been taking the world by storm. Online sweepstake casinos differ from traditional online casinos because the games are played using virtual currency rather than real money. In addition, the social side of casino gaming is prominent when playing at sweepstake casinos and it is possible to meet and chat with friends while playing the games in a relaxed environment. There is no pressure to try and win every time because there is no real money being used to play the games and players can give gifts to each other, something which is not possible at traditional online casinos. For those who want to play online casino games in a fun and social setting, these sites like Chumba casino provide great free alternatives to play casino games online.

In terms of the most played online social game of 2022, they do not come any bigger than PUBG: Battlegrounds. Despite the online battle royale market becoming saturated with new titles, PUBG: Battlegrounds continues to hold its own as the most popular of the genre. Developed by PUBG Studios and published by Krafton in 2017, the game can be played from either a third-person or first-person perspective. Players are dropped onto and island and the aim is to kill the others while avoiding getting killed themselves. The game does not have to be played individually and the team mode of PUBG: Battlegrounds is what makes it a fantastic online social game. Excellent communication is vital when playing as a team as players work together to eliminated those from opposing teams.

MDM: How to Build and Deliver Trusted, Relevant, and Authoritative Information Across the Enterprise