GeekSnipper
Home Marketing A Parent’s Nightmare: Some Betting Sites Have Shifted Their Focus to Children

British parents were in for a shock when it was reported in The Times Newspaper that a database of information on 28 million children and older students was provided to betting companies. Below in this article, we will cover the A Parent’s Nightmare: Some Betting Sites Have Shifted Their Focus to Children.

The information related to school children aged 14 and older in a collection of public and private schools and colleges across English, Wales, and Northern Ireland. The data release was substantial and specific enough to be used for marketing purposes by the betting companies involved.

Similar to the tactics adopted by the tobacco industry, which used advertisements to make smoking appear more attractive to younger people, betting sites are doing something similar.

While some people in the UK just like the occasional flutter on the Grand National, Wimbledon, or the World Cup, other youngsters find ways to start gambling as teenagers, get hooked on taking a risk, and never seem to quit after that. This can eventually lead to societal problems with a fundamental breakdown of the family unit, single-parent families, poverty, and worse

Unfortunately, just like any addiction, when started early it often becomes so ingrained that adults with supposedly a greater command over their world fail to get free of it.

The adult in the household who is most adept with technology needs to take control of the situation by securing their child’s digital life. While this won’t put the genie back in the bottle, it will ensure that unnecessary information about children (or parents for that matter) isn’t available on the internet.

Companies collect information all the time. A website visit starts with the IP address and other browser information. The IP address narrows down where the person is using the web from. This can be matched with behavioral information like the websites visited, which confirms interests, likely demographics, age group, and more. Pretty soon, a detailed picture is built up about each member of the family just through their internet activities.

It’s necessary to protect the IP address to prevent websites and apps from being aware of it. To do so, using a US proxy is a good way to approach that. Rotating private proxies change regularly and obscure the user’s true location. This prevents websites and apps from getting a true location or tracking more activities over time. You can learn more about US proxies at https://smartproxy.com/proxy-list/north-america-proxies/us-proxies.

Another approach is to use a VPN. These can change the location you are accessing the site from; however, they don’t usually make it as easy to change locations to prevent tracking. Nevertheless, they are an option.

Public Wi-Fi might be convenient and faster than the 4G on your phone, but it’s often insecure.

Any bad actor using the public Wi-Fi network can use a “Man-in-the-Middle” attack to try to gain access to another device on that network.

Avoid using weak passwords that are easy to guess or can be susceptible to cracking software that guesses the correct password.

What the Children’s Database Release Means for Parents

The release of government information on school kids and some college attendees represents a failure to protect private information. The Learning Records Service, as the released database is known, was only intended to be used for educational needs. Privacy rules, whatever there were, were clearly insufficient in this case.

It’s impossible to “walk back” a release of information on 28 million kids. The information is now out there, and it cannot be taken back. No doubt, the review of how this could have happened is already underway but that won’t reverse it. Parents should be appalled but also take the suggested steps to protect their families for the future.

Parents Need to Have a Voice on Security

While an individual parent may not feel like they have a loud enough voice, parents can get organised and work together to broadcast their disapproval about the database release. Doing so ensures that it will never occur again, and that appropriate punitive action is taken against those responsible.

Only by spearheading a push for greater transparency about the data kept on the children (and college students) in England, Wales, and Northern Ireland is it possible to avoid a recurrence. Data transparency is important with our children being targeted for-profit before they’re even old enough to vote.

Parents must use their collective voices to make it abundantly clear that such information releases must never occur again, and that more is expected in data protection, especially when it comes to minors. The children are our future generation and must be protected. Nothing less is acceptable. 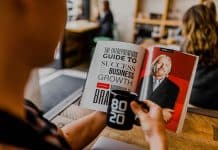 How to Make Fabulous Video Ads on A Tight Budget 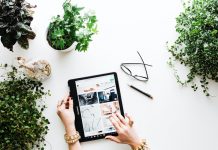 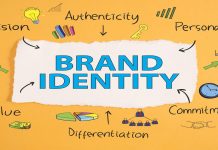 All You Need To Know About Branding And Business