With the advancement in latest technology and sciences, one person on Earth creates about 1.7 MB of data in a second. Not only management but the protection of such a vast amount of data is a responsible piece of work. Sensitive and personal data needs high security and shielding from hackers.

Antivirus software was first designed in the year 1987 to dissuade unauthorized copying of software. It is used to detect and eliminate malware or viruses. Antivirus monitors change in any file. If something suspicious is detected, it informs the user and performs the necessary operation required.

Avast Software is a cybersecurity company headquartered in Prague, Czech. For Windows 10, one of the most recommended antiviruses is ‘Avast Free Antivirus.’  It provides top-notch protection and silent gaming modes. It allows for full customization according to your needs. It is a cloud-based software and is compatible with several platforms. Additional hardware setup is not required. It has fast installation and automated updates.

Sometimes, it might happen that the Avast Firewall won’t turn on, in that case, you can refer to a simple guide as suggested by TechWhoop. Avast has anti-spyware technology that prevents a hacker from sharing the user’s data to another organization without its consent. It has a rapid and fastened scanning ability which scans without slowing down the internet connection. Like any other product, this antivirus comes with few drawbacks too.

It slows down the memory and hard disk of your system. Avast’s password manager lacks the ability to reset the password. It is not vigilant enough to prevent phishing attacks.

Another antivirus sharing lead with Avast is ‘Bitdefender Antivirus.’ Bitdefender is an antivirus software company located in Bucharest, Romania. It is specially designed to prevent privacy invasion during banking, e- threats, and online shopping. It works against all sorts of dangers, viruses, worms, and Trojans.

Bitdefender provides an attribute of cloud integration which lessens the impact on local memory by scanning data in the cloud. It has a battery mode which increases energy efficiency. However, it’s installation is quite a time consuming and tedious, and it is expensive compared to other options available in the market.

Avira antivirus was founded in 2006 and headquartered in Tettnang, Germany. It consists of all significant security essentials. Not only it guards your data, softwares, and browsing. It even looks after your home network. It protects against malware and real-time threats. It regularly scans all email attachments and USB devices and gives unlimited customer support facilities.

Avira even assists in browsing money-saving deals and coupons during online shopping. Besides all this, it lags behind Avast in terms of system performance. The major drawback for this antivirus is its disability against phishing attacks, and it’s incompatibility to protect browsers other than Chrome and Firefox.

Kaspersky is an antivirus provider headquartered in Moscow, Russia, and operated by a holding company in the UK. It is known for providing anti-ransomware and anti-malware protection. It detects not only existing viruses but also breeding and thriving Spywares. It removes Trojans, worms, and adware.

Even it is built with the trait of automatic updates via the antiviruses network-Kaspersky defastens keyloggers and auto-dialers. Kaspersky endows with parental controls and Safe Money technology. The bottom line of this antivirus is even though it provides excellent malware protection, it has limitations in fortification against screen lockers and crypto viruses.

Microsoft Defender was released as free antivirus software for Windows XP. Later on, it was made available for Windows 10 too. It provides real-time protection against software threats across emails, apps, etc. It is an anti-malware component for Windows 10. It gives aid against pop-ups and security threats. It is available for usage by anyone who is running a licensed version of the Windows OS.

It was initially known as Microsoft Security Essentials, and for using this protection, it was supposed to be separately downloaded, whereas now it is built-in into Windows. Microsoft Windows Defender is a good option only if you incorporate it with a good anti-malware program. It can only safeguard against infections if it is detected.

It is incompatible in dealing with flourishing malware and spyware. Windows Defender does not integrate with non-Microsoft browsers like Mozilla and Opera. In contrast to its rivalry, it doesn’t exasperate with pop-ups. It works with minimal user attention.

Along with the antiviruses as mentioned above, some other alternatives available in the market are:

Although these free antivirus-softwares are satisfactory, their protection parameters on various testing platforms are average, and they provide only fundamental protection. However, these antiviruses can shield valuable data and safeguard our systems from a hacker, which is more copious than expected from a free product. 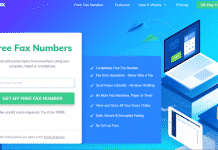 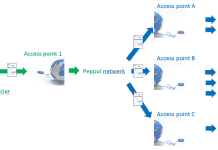 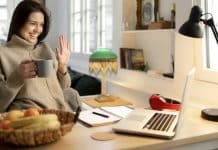