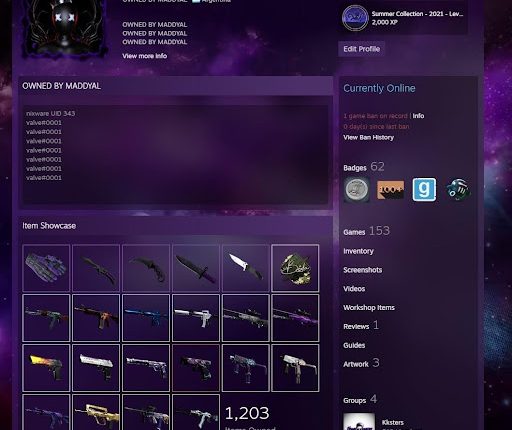 The world of Esports is no stranger to controversy, and the most recent uproar involves the CEO of one of the top Counter-Strike: Global Offensive teams, 9z’s. The CEO of Argentinian CS:GO organization Francisco Postiglione was recently caught up in a VAC (Valve Anti-Cheat) ban scandal, which has left the Esports community in shock.

For those unfamiliar with the situation, VAC bans are issued by Valve Corporation when it detects cheating in a particular game that uses the VAC system. It’s a very serious penalty that can result in a player’s account being permanently disabled, and it’s seen as a major stain on a player’s reputation.

VAC bans are permanent and cannot be removed. Valve does not have appeals process for VAC bans. Users who are caught cheating and receive a VAC ban will need to create a new Steam account and purchase any games they want to play again. It’s important to note that VAC bans are not issued by game developers, but by Valve corporation.

Therefore, VAC stays on the Steam profile forever. However, VAC bans become hidden to other users after seven years of not getting another VAC ban, but it will still stay on the profile and the user won’t be able to play VAC protected games ever again. 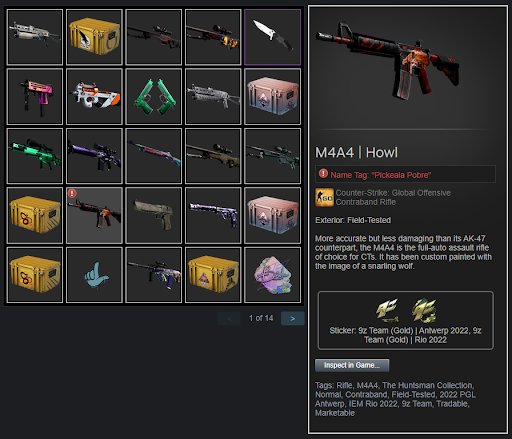 According to Francisco Postiglione, a hacker from Russia known under the pseudonym “MADDYAL” hacked into his account and intentionally used cheats to get him VAC banned.

It’s no secret that Steam, the world’s largest online gaming platform, has been under fire for a number of security issues in recent months. And now, it appears that the platform’s security protocols have been breached yet again.

“Steam is shit, he was able to log in with Steam Guard and other protection enabled. I didn’t receive any notification. This is a blow to the sickest, very sad,” commented the founder of the Argentine organization.

But what is the cause of this latest security breach? It appears that the root of the problem lies in the fact that Steam has been slow to implement new security features. Even though Francisco had Steam Guard 2-factor authentication, the hacker was still able to breach security and get into his account.

Be that as it may, VAC is non-negotiable and there is nothing he can do to get his account back.

The sad part is the inventory he lost. Postiglione lost an inventory of 1,203 items with a combined worth of $21,754. Among the items were legendary M4A4 Howl, Nomad Knife Stained, Sports Gloves, Butterfly Knife Ultraviolet, Karambit Ultraviolet, and M9 Bayonet Ultraviolet.

As it is with VAC bans, those items are now untradable and since it’s impossible to play the game anymore, they are unusable too. The only thing he can play is casual matches on community non VAC protected servers.

If what Francisco said is true, it’s becoming dangerous to have expensive inventories on Steam, especially if you know that someone can hack and steal it, or even worse, get you banned. But there is no reason for him to lie, no one in their right mind would use cheats on an account that has $20K+ inventory.

All things considered, our items are not safe on Steam and it’s not smart to have expensive inventories.

The irony is, last year, the head coach of 9z Rafael “zakk” Fernandes has been suspended by Esports Integrity Commission for abusing the coach spectator bug in 2018. The bug allowed him to place the camera anywhere on the map and inform his team about the enemy’s movement. This was deemed as unfair behavior and a disgrace to the professional CS:GO scene. Since there is a lot of money involved, especially in the CS:GO betting industry, all matches have to be 100% fair with no bug exploits, not even from coaches.

Francisco Postiglione was the first one to protest against that ban, and he even started a hashtag movement to #FreeZakk on Twitter. He will surely protest against this ban too, but it won’t yield any fruit as he can’t prove that it wasn’t him. Even if he can, VAC bans are still non-negotiable and he won’t get the account back, no matter what he does.

Orchestration of Container Workloads with Kubernetes