If you never watched Friends, you missed out on one of the best sitcoms ever. And if you already saw the show, now’s a good a time as any to rewatch all ten seasons – especially since most of the early episodes have an autumn vibe going on!

It’s available on Netflix, though, right?

Yes, it is – unless you happen to live in the US. Friends aren’t available on Netflix there.

We’ll tell you in this article. Also, we’ll show you how to watch everything on Netflix (including this show).

Why Can’t You Watch Friends on Netflix in the US?

Because Netflix no longer owns the licensing rights for the show in the US. They likely expired, and the company didn’t renew them. We have no idea why – maybe data mining told Netflix that the show isn’t as popular in the US as it is abroad (it’s hard to believe that, we know).

So what’s the alternative then?

Well, most people would say you only have three options left:

To us, none of those options sound appealing. Why should you spend more money when you already have a Netflix subscription? Or keep your eyes on the TV guide to see when a few episodes are broadcasted this week?

Don’t worry – there’s actually a fourth option: using a VPN. We’ll tell you how that works in a little bit. First, let’s see what Netflix actually does to restrict your access to Friends.

How Does Netflix Stop You from Watching Friends in the US?

The site uses geo-blocking to redirect you to the US content library which doesn’t have friends. Here’s a quick look at how that works:

How to Watch Friends on Netflix in the US

It’s really simple – just use a VPN! It’s an online tool that hides your geo-location by preventing sites from seeing your IP address. Here’s how it does that when you use Netflix:

Don’t worry – on your end, it’ll be easy-peasy. This is all that will happen: you run the VPN app, connect to a server outside the US, and boom – you can now binge all episodes of Friends.

So what’s going on?

Well, Netflix is really, really good at detecting VPN IP addresses. It’s why so many people see the Netflix proxy error when using a VPN. Unfortunately, not all VPNs can bypass Netflix’s detection algorithms. To do that, the provider has to regularly refresh their IPs (lease new ones, essentially). And not all of them can afford to do that very often.

How to watch everything on Netflix with a VPN that really works, then?

Simple – just follow that link. It’s an online tool from ProPrivacy that’s called StreamCatcher. When you look up a Netflix title, it tells you which countries it’s available in. Also, on the left, it recommends the best three Netflix VPNs on the market.

You can trust those suggestions because they’re powered by ProPrivacy’s data. They’re one of the biggest VPN review sites on the web. And they regularly test VPNs to make sure they can unblock Netflix 24/7. We also tested the Netflix VPNs they currently recommend, and we’re happy to say they work really well.

Can You Watch Friends on Netflix in the US with a Free VPN?

Like we just said, to actually unblock the platform, a VPN needs to keep refreshing its IPs. And that costs quite a lot of money. Since the VPNs are free, how could they afford to do that?

Plus, even if a free VPN can unblock Friends for you on Netflix, the streaming experience won’t be too smooth. Free VPNs often have slow servers since they’re overcrowded or just have low speeds, and capped bandwidth.

How Else Can You Unblock Friends on Netflix in the US?

If you know other ways to bypass Netflix’s geo-restrictions, please tell us about them in the comments. Oh, and if you use specific services, please leave a link and tell us what you think of them. How to watch American Netflix from everywhere around the globe? 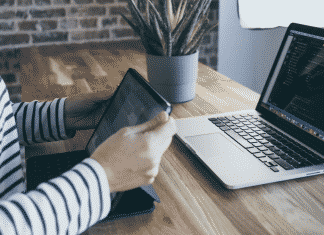