Southeast Asian countries are favorite destinations of travelers all around the world. Getting low-cost international flights to these destinations shouldn’t be difficult if you know the tricks. below in this article, we will cover the Get Cheap International Flights with these Southeast Asia’s Budget Airlines.

Asia is bestowed with beautiful sights. There are a lot of activities to do like island hopping, trying out exotic dishes, visiting temples, and meeting the locals that attract a lot of visitors worldwide.

The Centre for Asia Pacific Aviation reported that more than half of the travelers to Southeast Asian countries use budget airlines. Low-cost carriers have increased their capacity from 25 million in 2004 to about 200 million in 2014.

Find below Southeast Asia’s Budget Airlines to get cheap flights:

AirAsia is the fifth-largest airline in Asia by fleet and the number of passengers. It now caters to 88 destinations around Southeast Asian countries, North Asia, and Australia.

AirAsia’s seat promos are announced on their social media platforms like Facebook and Twitter on a regular basis. It offers its popular promo AirAsia Asean Pass that allows you to get low base fares to 10 ASEAN countries with credit.

With the pass, you can redeem flight when you travel to the Philippines, Singapore, Indonesia, Myanmar, Thailand, Vietnam, Laos, Cambodia, Malaysia, and Brunei. You can also get the advantage of AirAsia’s loyalty points program.

AirAsia has a vast network of airports around Asia. Kuala Lumpur is its base company. It also has a network in the Philippines, Thailand, Indonesia, and India that flies in more than 80 destinations in the Asia Pacific.

Cebu Pacific is the Philippines ’ budget airline and the oldest low-cost airline in Asia. Since 1996, it has flown more than 150 million passengers and still growing.

You can get updates on their seat sales and promos on their official page on Facebook and Twitter. They also post it on their official website. GetGo is a loyalty program that allows passengers to collect points based on their purchases and flights.

It operates in its main hub, the Ninoy Aquino International Airport. Presently, it flies to 37 Philippine and 26 international destinations, including the United States, the Middle East, Asia, and Australia.

JetStar is the Asian sister company of the Australian flag carrier Qantas. JetStar Pacific operates in its hub in Vietnam while JetStar Asia operates from Singapore.

Launched in 2011, VietJet Air is Southeast Asia’s youngest low-cost carrier. It began flights in Vietnam cities, such as Da Nang, Ho Chi Minh City, and Hanoi. In 2013, it started flying to its neighboring countries.

Booking tickets can be done on their website or by downloading their official VietJet app available on iTunes and Android. You can get updates on the flight promos on their social media sites like Facebook and Twitter.

VietJet Air flies to 12 domestic and 3 international destinations, including Thailand, Singapore, and Taipei.

Singapore’s low-cost carrier is Scoot. It operates at Changi International Airport. In 2017, it merged with another no-frill airline TigerAir.

Scoot caters to more than 60 destinations all over Asia, the US, Australia, and the Middle East.

SpiceJet is one of India’s cheapest budget airlines. Passengers can get the advantage of its on-time guarantee promo. It provides passengers a voucher of up to 1, 000 rupees if they have delayed departure.

They currently have the Spicemax seat promo that provides those who availed it a free Spicemax seat voucher for the equal amount of your next flight. 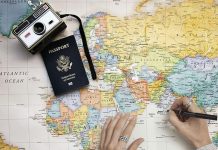 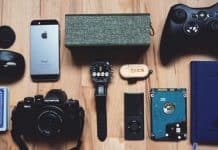 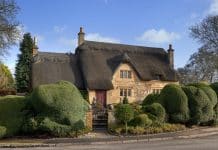