From face recognition to virtually no buttons, smartphone technology has certainly come a long way in the last decade. But what’s in store for future developments? From mind control to having a completely hands-free experience here are some of the strongest if not practical presumptions for the future of smartphone features.

It would seem impossible over a decade ago but companies like Samsung unveiling the Galaxy Fold as well as Huawei releasing its Mate X has shown the future of bending phones, so what’s next for the interchangeable shapes of phones in the future? “Perhaps a phone that can stretch out to make your screen bigger with the ability to fold it back and into your pocket. Could such a thing even exist? This would make viewing videos and maybe even presenting projects all from the access of your phone more accessible” says Elaine Wilson, a tech writer.

With the release of Apple’s iPhone 11 and Pro versions, multiple cameras appear to be the way ford in smartphone technology. Other companies have also started to research into adding multiple lenses to the back of phones. In the future we may never have to carry around a DSLR camera again as both Samsung and Apple have proved that these cameras can shoot as well, if not better, than our professional lenses. A company called Light has also revealed plans for a future phone including nine camera lenses on its back.

Through all this new technology improving the indestructibility of smartphones would seem like an obvious feature and convenient for those of us who are constantly smashing our screens. Apple has plans for creating an iPhone out of ceramic material to replace its notorious slippery screen. The company has plans to make a screen that is covered with an indestructible coating over the entire phone preventing it from any other damages. Maybe we’ll have self-healing screens in the future that will automatically restore if any scratches are detected.

Apple has already introduced face recognition features and most phone companies are researching into hands-free technology where no contact between our us and our phone may be involved. Samsung launched its Galaxy S4 that featured air gesture feature years ago which Apple is now researching into similar technology. This feature will apparently allow people to make gestures near their phone with no touching whatsoever.

The downside of smartphones and other tablet devices is their battery life being gone within a few hours. But what if charging could be done in the air with no ports involved or we could charge our smartphones simply using solar panels?  Both Samsung and Nokia have begun research into solar panel charging. “A company called Energous has been developing tech to make devices charge over the air where you bring your phone within a certain range of another device to charge. Perhaps we’ll have transmitters that will be able to charge our phones not matter where we are” explains Marianne Mejia, a lifestyle blogger.

As mentioned, smartphones charge does not tend to last long. Depending on how old your phone is, its charge could only be lasting up to a day. In the future replacing the smartphone batteries to longer lasting ones would be amazing for saving time and a lot of frustration. Currently most smartphones use lithium powered batteries which slowly start to deteriorate after a few hundred charges. Research has begun in the US to find a battery small enough to fit into a smartphone and with new developments being released and found it could be in the very near future where batteries last for years.

With the arrival of 5G in 2020, the future of smartphones developments is only set to increase. Perhaps one day we will no longer be even using phones and instead have smaller devices such as watches or glasses.

Michael Dehoyos is a featured writer, content marketer and editor. He also writes and edits posts at Academic Brits. He also spends his time helping other companies with their marketing strategy concepts. Michael contributes to numerous other sites and publications. 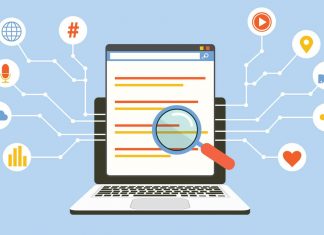