Recently Evan Blass tweeted a couple of renders of the upcoming Nokia 7 Plus & now a hands on image has leaked where the device flaunts it’s 18:9 Display glory which is going to be there in the Nokia 9 & Nokia 8 2018 as well. 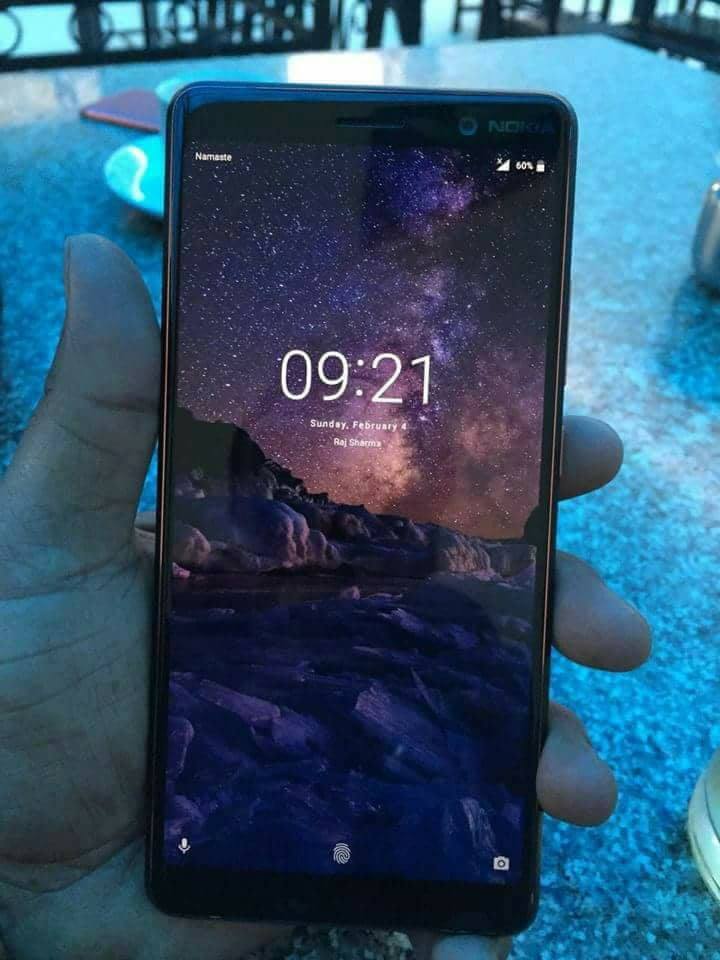 From the leaked renders, we already know that the Nokia 7 Plus ditches the previous glass sandwich design for a Metal & Glass construction. Also, there are Black & White color options to choose from.

The Nokia 7 Plus is expected to be powered by the Snapdragon 660 SOC & it’ll likely have 4 Gigabytes of RAM & 64 Gigabytes of Internal Storage. Nokia will launch the new Nokia devices alongside the Nokia 7 Plus on 25th February 2018 in MWC, Barcelona. So, tell us what are you exited for ? The new Nokia devices or the Samsung Galaxy S9 series that’s launching on the same day ? Well, we’re exited about both.