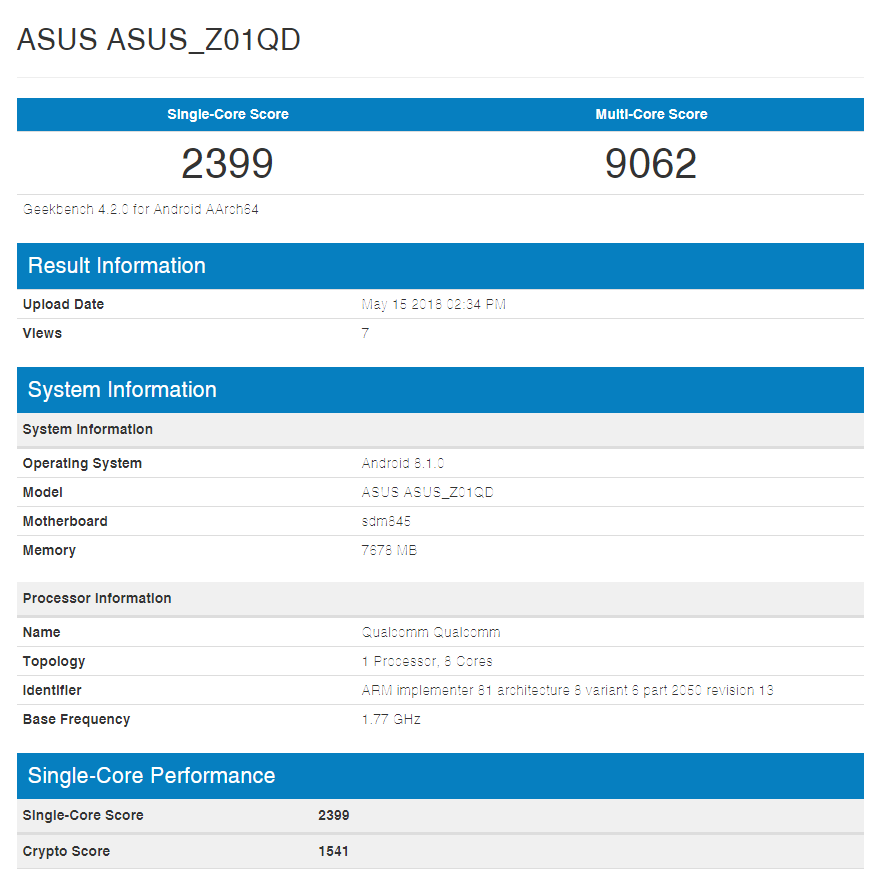 It was just last week that we got the information of the ASUS ROG Smartphone to be announced at Computex 2018 and today it got leak at Geekbench. At Geekbench it scored 9062 in multi-core and 2399 in single core test having the model number ASUS_Z01QD.

The only competitor to ASUS ROG Smartphone is the Xiaomi Blackshark which on Geekbench scored 8206 in multi-score and 2429 in single core that make the ROG smartphone the deal breaker. This means that we could expect better performance on the ROG smartphone as compared to the Blackshark.

This leak clearly shows the smartphone to carry the Snapdragon 845 processor along with pre-loaded Android 8.1.0 We are yet to get confirmation on the the camera, but we expect it to be better than the Blackshark (at least not with f2.0)

We are all aware the test is done on one of the engineered samples (pre-production unit) so the final version of the phone will definitely have improved performance.