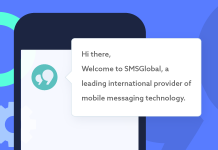 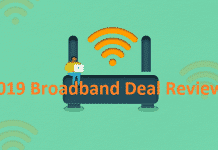 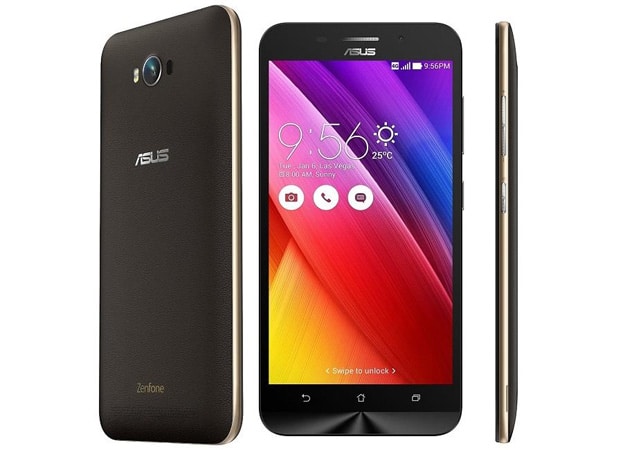 Last year when ASUS announced the Zenfone 2 Max with that monster 5000mAh battery, everyone was super excited. That was a treat for those who look for a phone that will last more than a day on a single charge & this craze made it one of the top selling phones of the 2nd Gen Zenfone series. From this, ASUS probably understood that there is a huge market for battery seekers & they need to concentrate in the battery segment. The result is the new Zenfone 3 Max.

In the box, you have the Device itself with the 10W (5V-2A) Travel adapter, the Micro USB Charging(Data Cable), a USB OTG Cable & the Sim Ejector Tool.

Note: The Zenfone 3 Max 5.5-inch variant does not come with a Zen-ear headphone.

The device has an Aluminum Alloy build body that has a body weight of 175 grams & a thickness of 8.3mm. In the front, we have the 5.5-inch FHD display with the Capacitive Keys at the bottom along with the 8MP Selfie Shooter, Speaker Grill & Proximity Sensor on the top.  However the capacitive keys are still not backlit, so it takes a bit time to get used to the key positions when typing at night.

The Power & Volume keys could be found at the right side of the device & the Hybrid Sim Slot is located at the left. At the top, we got the Noise Cancellation Microphone along with the 3.5 mm Headphone Jack and at the bottom, the Primary Microphone, the Charging Port & the Speaker grill can be located. At the back, we have the 16 MP main shooter along with the Dual-tone LED & the Laser auto-focus. The Fingerprint scanner can be located below the main shooter.

In terms of design, ASUS really has done a good job with the Zenfone 3 Max. It feels solid in the hand & has less slippery properties. The implementation of the 5.2D Curved glass gives the phone a premium look & feel. Though, the glass is a bit prone to fingerprints. Anyway, we ended up liking the design of the Zenfone 3 Max.

The 5.5 inches FULL HD display is covered with a 2.5D curved glass. There is no confirmation on the brand of the glass but it is resistant from scratches that can be caused by your keys & coins.

Anyway, the display looks decent. The colors are good & the outdoor visibility is decent but it’s not perfect. If ASUS have used 500 nits brightness instead of 450 nits, it would have been ideal. The 2.5D glass is a bit glossy so, some clear reflections can be seen on it. But, it didn’t seem to disturb the visibility that much & we ended up with zero problems with the glossy screen while using it outdoors. Media & Gaming content look awesome on this display. The 1080P footages are crisp but, 4K playback is quite a bit laggy even after using SW Decoder (on MX Player) due to some hardware limitations. Anyway, it’s actually a good & vibrant display but, it’s definitely not one of the bests.

The Zenfone 3 Max packs a Snapdragon 430 CPU that has 8 Cortex A53 cores clocked at 1.4GHz. The Adreno 505 GPU is clocked at 450MHz. Both the CPU & the GPU are players of the Lower Medium segment & they result in Benchmarking Scores like this,

In real life, the Performance is smooth. It has 3 Gigabytes of 800MHz LPDDR3 RAM & the RAM management on this device is good. Normally there is 45-50% RAM free while in standby. Due to good RAM management, the Multitasking experience is decent. It keeps most of the apps in the memory when they are minimized & doesn’t seem to lag while 10-15 apps were minimized & we were scrolling through Instagram.

The device comes with 32 Gigabytes of Internal Storage. The read & write speeds are fast & the SQLite scores are quite average. In the gaming segment,  it handles the Low & Mid end games smoothly. But, in High-end games like N.O.V.A. 3 & Asphalt Xtreme, we noticed minor frame drops while playing with the Highest Graphics. After playing Asphalt Xtreme for 30 mins, the frame drops became more noticeable & that created minor lags in the game. Surprisingly, this problem was not there for N.O.V.A. 3. But, while playing the same games with  Medium Graphics, not a single issue was faced. So, High-end games must be played in Medium Graphics on this device for the best results.

The heating management of the device is good. While playing Asphalt Xtreme on Room temperature of 23-24 degrees for 30 mins ( device was around 25-26 degrees ) , we ended at a temperature of 42 degrees on the device.

The Fingerprint scanner is fast & ASUS claims an unlocking speed of 0.3 seconds. However it works 90% times & it is always on the scanner so, we didn’t need to press the Lock/Unlock button first. Just placing the finger on the scanner, unlocks the device immediately. It’s accurate but, sometimes you need to try twice. The Speakers are crisp. The Highs, Mids & Lows are well balanced. Though the loudness is still average & calls are hard to notice in crowded places. Hopefully, ASUS now includes an outdoor mode that boosts the loudness & makes it easier to hear in public places. This will sacrifice the quality quite a bit but, at least in this way we were able to hear it.

The Zenfone 3 Max Runs on Android 6.0.1 Marshmallow. But, instead of using the stock UI, ASUS is using their own User Interface. They call it the ZenUI 3.0.

The UI is fast & snappy. ASUS has customized the ZenUI a lot & the ZenUI 3.0 actually quite user-friendly to use. The features we liked the most are, One-Handed Mode,  Double tap to sleep/wakeup & actions with the Fingerprint scanner (Launch camera, take photos etc.).  The ZenUI comes with a lot of pre-installed ASUS apps. Not all of them are useful but, some apps like the Mobile Manager & Audio Wizard come really handy & boost the usability of the device.

The Zenfone 3 Max has a 16MP main shooter with f-2.0 aperture. The camera comes with PixelMaster 3.0 integration that has a series of camera modes. Here,the Manual Mode is our favorite as it gives access to Manual controls like Shutter Speed, ISO, Manual Focus, White Balance & Exposure Control. It captures a good amount of details. Though, the colors are a bit undersaturated. The DOF properties are decent & often output nice bokeh effect. However, indoor photos are kinda ok but, not great. You can notice some noise in the photos while shooting in Indoor conditions. Have a look at these samples taken from the rear facing Camera.

The 8MP front-facing camera takes decent selfies & has an aperture of f-2.2 . It has a 84 degree wide angle lens that can keep the surroundings in the frame. Have a look at these front camera selfies.

Sometimes, we noticed oversharpning in the Selfies but, it was not regular.

In terms of Video, it can capture 1080P videos @3oFPS. There is no OIS but, ASUS have included EIS support for videos. The Output quality is good , the Stabilization is kinda ok & there is not much noticeable yellowishness  in videos. Videos do have autofocusing issues. Most of the time the device locks the focus point & we ended up tapping the screen every time to get our object in focus. Both the Rear & Front facing cameras have performed decently in our tests.

Daylight performance is good. However, in low light, there is some noticeable noise in the images. The Dynamic Range also seemed to be a bit weak. That is still a good smartphone camera but, it’s not great.

The Zenfone 3 Max comes with a monster 4100mah battery that is Non-removable.  This was the main highlight for the device & it is definitely worth it. ASUS has done some nice optimization tweaks in the battery section & managed to gain a great battery life. We were moderately using the device with some hours of browsing, gaming & media viewing per day & the battery lasted for almost two days. So, the SOT is actually great.The total charging time from 0%-100% is almost three hours with the stock charger. Anyway, the battery life is awesome on this device. We were surprised to see that, even after decreasing the battery from 5000 mah – 4100 mah ASUS hasn’t sacrificed much SOT . Overall in this segment, ASUS has won the game.

ASUS Zenfone 3 Max is all about Multimedia & Bettery. The screen is a multimedia charm & the great battery life gives a great screen on time with media & gaming. However, in the performance segment, the device is a player of the lower medium segment. The Multitasking experience is good but, gaming on the device is quite average.

So, this device is for those who want a great battery life even with high usage as this device can easily last a day or more. You can also do moderate gaming on it but, High end gaming with high graphics setting will definitely cause noticeable frame drops. The camera is decent but not great. So, for serious photography enthusiasts, it’s not a great choice.  So, keeping high end gamer &  super high grade photography seekers out of the list, we will recommend this device.