Gionee is all set to launch the successor to their S10 & we recently caught the device in Tenaa. So, Gionee has already entered into the large screen less bezel market & the S11 is their next addition to this line up. One worthy thing to mention is that, compared to the S10, the S11 seems to be a lot better in terms of overall feature upgrades. 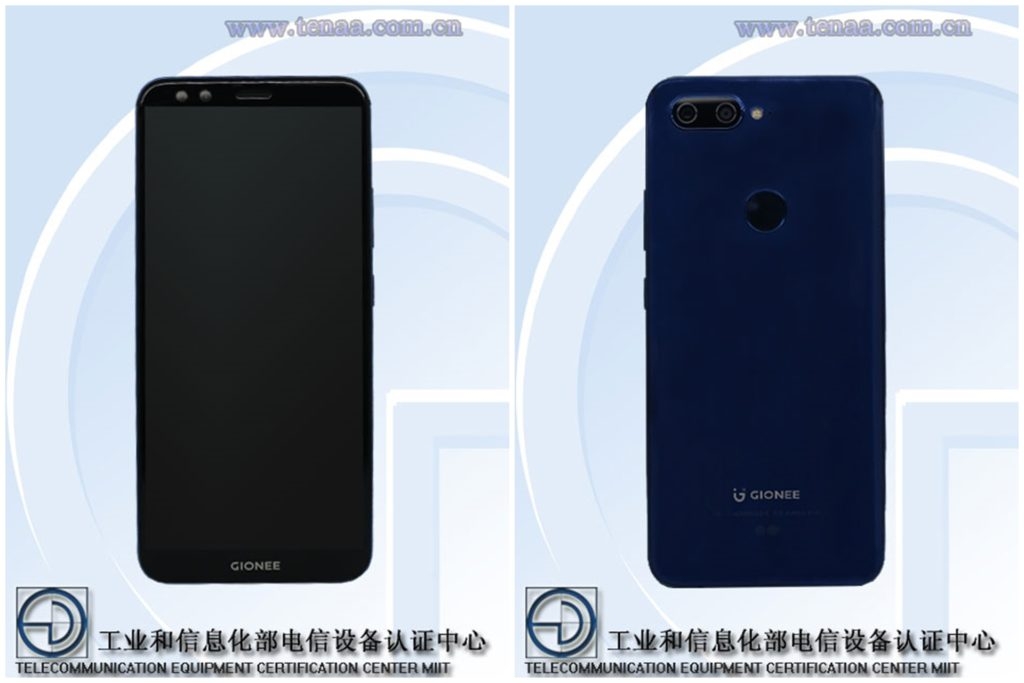 So, let’s have a look at the highlighting specifications of the device…

Now, we are not sure about the exact variant of the Processor nut, it’s probably from Mediatek’s Helio series (probably the Helio P25). Also, the Tenna listing doesn’t mention the resolution of the Secondary Cameras for both the Front & the Rear side. So, not sure about those as well.

But, Gionee has finally bumped the Display to an AMOLED panel & the amount of RAM to 6 Gigabytes. So, that’s kinda interesting. Also, the 18:9 Full HD Display shall hold pretty well with that 3600 mAh Battery. The Build however is probably a glass one this time instead of a Metal one but, don’t expect wireless charging from the S11.

About the pricing we’re not sure but, it won’t be a super cheap device. As the specs suggest, this seems to be a Higher-mid Ranger so, we’re expecting the price to be within 350 – 450 USD. Though, we don’t know exactly which countries are in Gionee’s list for the S11. However, we are expecting this device to arrive in India, alongside China & the price can be within 22-25K INR in India.

A New ASUS Zenfone Device Got Certified In Tenaa With 18:9 Screen, Dual Cameras And 4030 MAh Battery