GeekSnipper
Home Tech News OnePlus OnePlus 6 To Be Introduced On 27th April In India During the...

Few days ago we reported that the OnePlus 6 might get unveiled on 27th April in India & the US. For India that news has been confirmed as OnePlus India has recently published a Tweet where they confirmed a crossover between the “Avengers: Infinity War” movie & the OnePlus 6.

And now we’ve decided to take our partnership with @Disney to the next level.

This April, we come face to face with infinite power and the war that will decide the fate of our universe.

See you in theaters on April 27 pic.twitter.com/nghW3gHOUH

As you can see in the tweet, OnePlus India confirmed this crossover, in association with Disney & clearly mentioned “See you in theaters on April 27” which confirms that the OnePlus 6 will just not launch on that date in India but, it’ll carry an “Avengers: Infinity War” alongside just as we reported earlier. This special edition will spot 8GB RAM & 256GB Internal Storage.

However, regular variants with 6GB, 128GB & 8GB, 256GB configurations will also be available. We can’t confirm the US launch date right now but, hopefully it’ll be on the same day or within a couple of days of the India launch.

Also, just like last time when OnePlus introduced the OnePlus 5T Star Wars limited edition, they may also have the devices available for showcase in some specific theaters of India where the “Avengers: Infinity War” movie will be shown on 27th April. 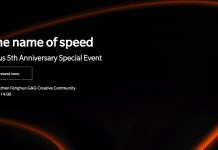