We recently caught the a new ASUS smartphone which was powered by the Snapdragon 845, floating around Geekbench called the ASUS_Z01QD. Now as the Zenfone 5z is the ASUS_Z01RD, the new smartphone is suspected to be the ROG Gaming Smartphone which shall be coming in the Computex of this year.

However, the ASUS_Z01QD has been spotted multiple times on Geekbench & today it surpassed every single Snapdragon 845 smartphone in Multi-core that have been benched on the platform till now. 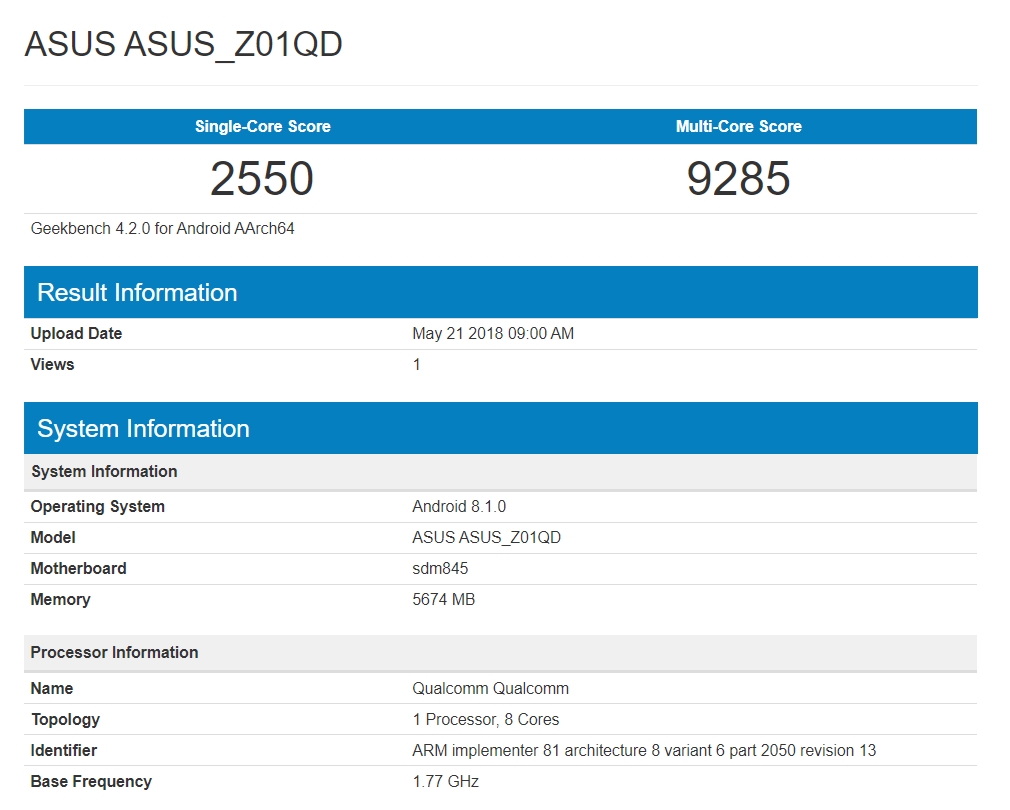 Alongside the Snapdragon 845, there shall be a large 6 inch+ 18:9 or 19:9 (notched) Display which might have a 120Hz or maybe even a 144 Hz Refresh Rate. As the device is able to bring out so much performance out of the Snapdragon 845, it might be also true that ASUS is using some similar cooling technology that they use in their high-end ROG Gaming laptops.

The Computex 2018 will take place from 5th June – 9th June in Taipei, Taiwan. So, let’s see what tech ASUS actually shows up with their ROG gaming smartphone.