Trade Show Internet is an independent service provider in the industry of events whose services are offered to events ranging from corporate to fashion, trade, outdoor, hackathons gaming, and sporting events. The services provided go throughout and beyond North America.

The comprehensive connectivity solutions they offer to these events include; Fiber-optic internet bandwidth with dedicated symmetrical fiber speeds ranging from 100Mbps to 10Gbps, outdoor wireless bridges that connect multiple outdoor locations regardless of their complex terrains, event IT and networking where you will be guided on how to use the  latest technologies that align with your objectives and satellite bandwidth that can be connected in remote locations and offer speeds of up to 100Mbps.

Numerous award-winning companies and agencies since 2008 with the solutions Trade Show Internet offers for its clients. Examples include:

Some of Trade Show Internet

Trade show internet offers bandwidth solutions in terms of reliability and cost for every application and budget. There are numerous positive client testimonials that show the efficiency of this company. Microsoft 70-480 Exam: Time to Build a Career with Exam Dumps from PrepAway.biz 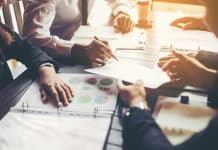 Why Your Business’ Needs Don’t Stop With Digital