After the Lenovo Vibe S1, the S-series didn’t have any new releases till now. However, Lenovo is finally bringing an update to that series & this device will be called as the Lenovo S5. So, no Vibe branding this time as that Vibe Brand doesn’t even exist anymore.

Lenovo will launch the S5 on 20th March in China. The device is expected to be a budget oriented one which will likely compete devices like Honor 9 Lite & Redmi Note 5. There will be an 18:9 Display of course & the device is also expected to rock Stock Android instead of their Custom UI’s like Vibe UI or ZUI outside China. In China, it’ll probably run a Custom UI again. This also makes us believe that the Lenovo S5 is probably going to be powered by Google’s Android One platform in non-Chinese markets & if that brings faster software updates, we’re ok with it.

There is no big confirmations on the hardware but we do wish that Lenovo brings at least a Snapdragon 630 in this one if they want to compete in the budget segment. However, Dual Rear Cameras are definitely going to be a thing for the S5 & if Lenovo wants to focus on the Selfie game as well, there might even be Dual Front Cameras. But, these are just speculations though. We can only confirm any specifications after Lenovo officially unveils the device.

There is no confirmation on exact availability outside China but, we think Lenovo may bring the device to India later on. 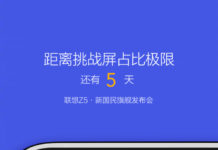 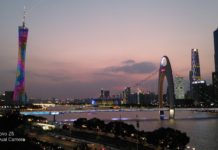