The next update to Path of Exile is expected to be adding loads of new content and challenges, and some significant changes to the Harvest Crafting mechanic Below in this article, we will cover the Path of Exile: Your Intro to Update 3.14 “Ultimatum”.

The highly anticipated expansion to Path of Exile will be going live on April 16th for PC and April 21st for consoles. Titled “Ultimatum”, based on the teaser trailer it appears that the Vaal will be a big part of the expansion, while the theme of the trailer also suggests some of the content may be related to the Temple of Atzoatl.

Unfortunately, there isn’t that much information out yet about what exactly is going to be included in Ultimatum. It appears like we will have to wait until the PoE Livestream Announcement on April 8th in order to find out more. Regardless, please be sure to link your Path of Exile account to your Twitch account first so when you watch the announcement you can earn Twitch Drops, which will be enabled from the beginning of the livestream at 1pm until 9pm.

What we do know right now is there are going to be significant changes to Harvest Crafting. The developers indicated that they have been concerned for a while about how easily players can craft near-perfect items, and don’t feel that that is consistent with aspects of itemization that already exist in the game. When they were designing the crafting mechanics for Harvesting, their reasoning essentially was that they didn’t want players to feel bad spending crafting items on their low-level gear and feel like the only option they have is to save these for their high-level gear or just using it to trade for already upgraded equipment.

However, the developers indicated that it later became more and more obvious to them that this can be potentially very powerful, therefore they have decided to nerf it slightly. At the moment, every seed in a patch grants an instance of that seed’s craft, but 3.14 will change that so only some seeds do. The developers also hope this change will make mitigate the frustration of some players that feel overwhelmed by far too many crafting options.

Now it should come as no surprise that since PoE has been out for a fairly long time it will take a long time to catch up to all the veteran players that have been on for several years. That’s why you should consider going to El Dorado for boosting services like Power Leveling or help with Challenges. You’ll just need your server’s name, which device you’re playing on, and an idea of how much help you think you’ll need. Service providers compete to offer you the best price so you know that you’ll be getting a good deal, and you will be able to chat with multiple service providers in order to better choose the right one for you.

Path of Exile is a free-to-play role-playing action videogame developed and published by Grinding Gears Games. PoE was originally released in 2013 for Microsoft Windows, in 2017 for the Xbox One, and on the PS4 in 2019. Path of Exile won both Gamespot’s Game of the Year award and IGN’s Best PC Role-Playing Game in 2013. Its sequel, Path of Exile 2, was announced in 2019 and expected to be released in 2020 but due to the global COVID-19 pandemic, the release has been pushed back to 2022. 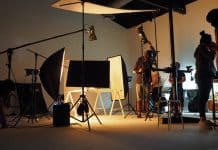 How to Find the Best Video Production Company 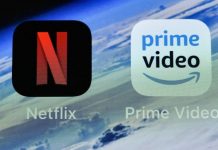 Netflix vs Hulu vs Prime Video: which streaming provider has the best original TV shows? 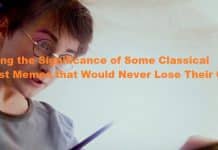