As we told you previously, Sony will also have a Flagship in the First lot of Snapdragon 845 alongside Samsung & that device has already been spotted on Geekbench with the Model No. Sony H8266 & the scores are impressive. 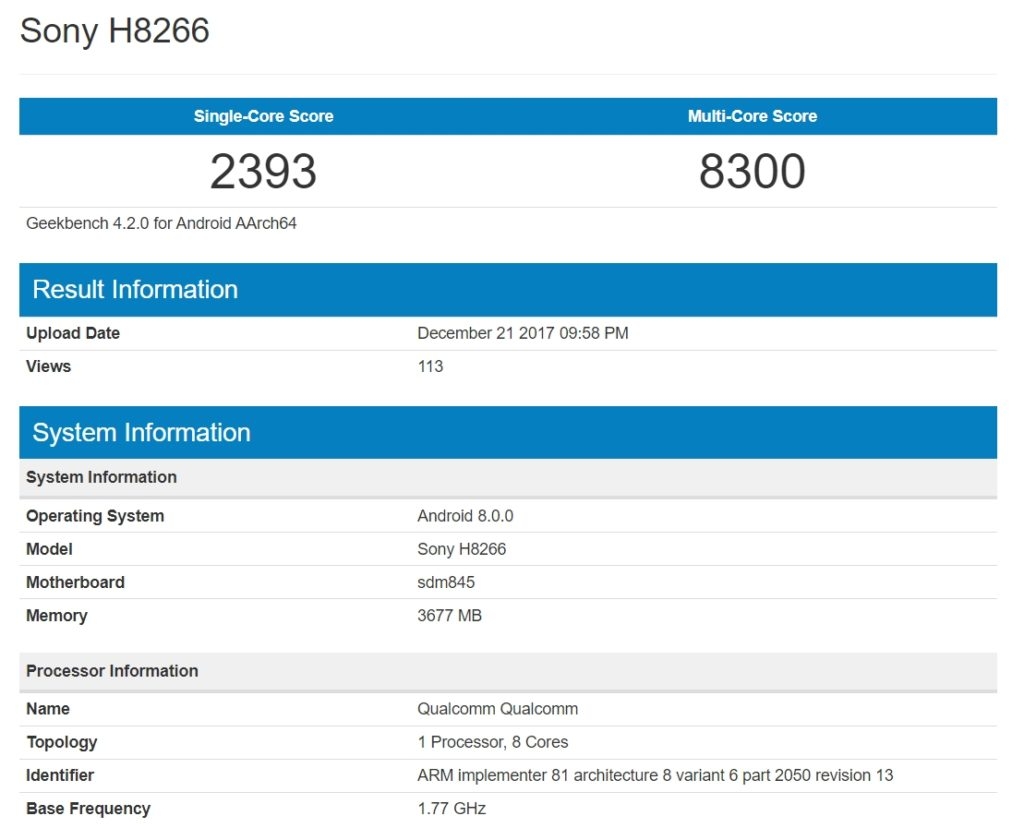 So, we have a solid 2393 on the Single-core side & around 8300 on the Multi-core side. It’s not even close to the A11 Bionic chip in the iPhone X buy, it’s still a significant improvement over the Snapdragon 835 in both Single & Multi-core.

The Benchmark also reveals 4 Gigabytes of RAM. Now, this device might have a 4K Display if Sony wants to keep up their tradition from last two years. Other specifications may include 128 Gigabytes of internal Storage, 960 fps Slow Motion capable Rear Camera or maybe Cameras, a good Selfie Camera & a 3500 mAh Battery.