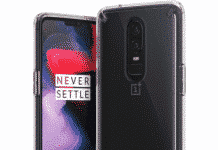 Let’s face it – the Keyboard is one of the most versatile input device for PC gaming, providing you with all sorts of input options with much more flexibility than your average controller. Besides, nowadays keyboards are available in a wide variety of design options be it plain simple membrane keyboards or the top of the line Mechanical keyboards with the flashy RGB backlit. My own journey started with an old mechanical keyboard to a membrane based one and later being restricted to the keyboards of laptops I used as my job required me to travel a lot.

Most of the notebook (‘Gaming’ Notebooks to be precise and having used quite a few by now) keyboards I used were at best mediocre. So finally I decided to Invest in a Gaming keyboard. Did some research here and there, watched a couple of videos, read some reviews, checked various ecommerce sites for reviews and then I decided to do it the trusty old way – Head to a retail store, get a feel and experience and buy the product. Got 4 options for the keyboard – Corsair K70 RGB MX(Red), Ripjaws KM780 RGB (Red & Brown), Razer Blackwidow Chroma RGB, Logitech G310 Atlas Dawn (Yes, I know it does not fit in here but I could not find a G910 at any store). Frankly I was a bit uncomfortable using the Logitech due to weird keycaps, and the plasticky feel of Razer didn’t help when I compared the overall build quality to Corsair and Ripjaws. Corsair and Ripjaws employed similar Cherry MX keys and were similar in usage and feel. In the end the Corsair K70 RGB won over me and displaced a hefty sum off my Wallet (Purchased at 3K less than the lowest online price I could find!!

So I have been using this keyboard for over a month now I will list my usage feedback, hope you find it useful. Also I would recommend a quick research on the mechanical switch types (easily available on google)

Design-wise the K70 was one of the subtlest yet the sturdiest built gaming keyboard I came across, one of the key factors I went for this keyboard over the Ripjaws one was the build – Minimalistic yet accomplished and compact. The Ripjaws had an over the top gamer design and was comparatively less portable due to its size. The Corsair K70 RGB has an anodized brushed Aluminium finish and is quite sturdy with little noticeable flex.

The keys are raised and give a distinct feel. The keyboard supports 100% anti-ghosting. Also it comes with a detachable wrist support which in fact is a very delightful add-on. There are no Macro Keys though which was Ok for me as I am not into MOBA or MMORPGs where the macro keys actually make a difference. On the right top side of the keyboard there are media control buttons which I found myself using quite frequently windows key lock button, LED brightness control button and 3 led Indicators. Also there is a nice textured aluminium scroll for volume control which comes quite handy.

The overall placement of the keys was quite standard. The USB cable is thick and braided – A nice touch as many of the previous accessories except my current Proteus core had gone bad due to some or the other cable issues. The USB cable splits into two connectors (you have to connect both only if you are using USB 2.0, If you connect it to a USB 3.0, you need only to connect the one with the keyboard logo on it.) There is also a polling switch which I prefer to leave alone. And as mentioned the keyboard is a RGB backlit model, allowing you to program any number of colours and themes for the individual themes.

My typical usage pattern includes both Gaming & typing (80:20 ratios respectively). While making the purchase I opted for the Cherry MX Reds, but you can also opt for other switch types. I personally liked using Cherry MX Reds when I compared it to the KailHs (Razer)and the Romer-Gs (Logitech) Again this is purely a Personal choice and I strongly suggest you test the switches for some time before investing in a Mechanical keyboard.

The distinct feature about the Cherry MX Red when compared with the Browns, Blacks and Blues is that they lack a tactile bump during the keypress which I anyways found to be more of a hindrance. Coming from a notebook keyboard there was a pretty good learning curve when I started using this keyboard as there were erroneous key presses here and there. As of now I have gotten hang of it and I can surely say that my speed of keystrokes has improved quite a bit.

Coming to the typing experience, there is a reason why the Cherry MX Reds are marketed as ‘Gaming Keys’ – when I initially started using the keyboard I personally felt that though the typing speed has increased but the typos had increased much more. After a month of use I feel that the situation has improved but I still make more errors when compared with my use of notebook keyboard. I guess the learning curve here is a bit longer than that in the gaming scenario.

The Corsair K70 RGB allows you to assign any possible colour to any individual key. You can select from a host of different effects, customize all you want. Though the LEDs are not as brightly lit as the Logitech or the Razer it still does a pretty good job at it. Now coming to the Software part – the Corsair Utility Engine, I will be Blunt – the software is one of the most if not the most complicated software for any gaming hardware I have ever used.

The software allows you a huge variety of customisation options, creating profiles and saving them to the keyboard and while it may seem good it ends up more of a confusing trait. The learning curve for this is tremendous, more so for new users or users unfamiliar to programming logic. But once you get a hang of it the possibilities are endless. So does this mean that all the RGB mumbo jumbo is only for the advanced users? – Actually the people who fear the learning curve and complicated processes can just go to the Corsair gaming community page and download various lighting profiles for the posted by other members.

The Community is quite active and you will find more than enough profile for you to download and use. Other than the complexity Issues I found that my software also froze on a couple of occasions though I would give the benefit of doubt to corsair over here.

To sum it up – the corsair K70 RGB is quite a formidable piece of hardware that excels at raw gaming usage. Though the software and lack of macro keys can be a bit of turn off for some people, great build quality, subtle and compact design, great community support and the authentic Cherry MX experience outweigh all of its flaws by a great margin. That being said the keyboard is worth every penny spent and is a great buy if you are looking to buy a great Mechanical Gaming Keyboard