We got a ton of Mate 10 Pro leaks across the board & we do know a lot about that device by now. But, the regular Mate 10 was still a big question. Now, some new leaks are in & they actually confirm almost everything about the Mate 10 regular version. First one being the design. We got this through an unboxing that got leaked even before the official launch could have taken place. Leaving all the important pictures from that unboxing below… 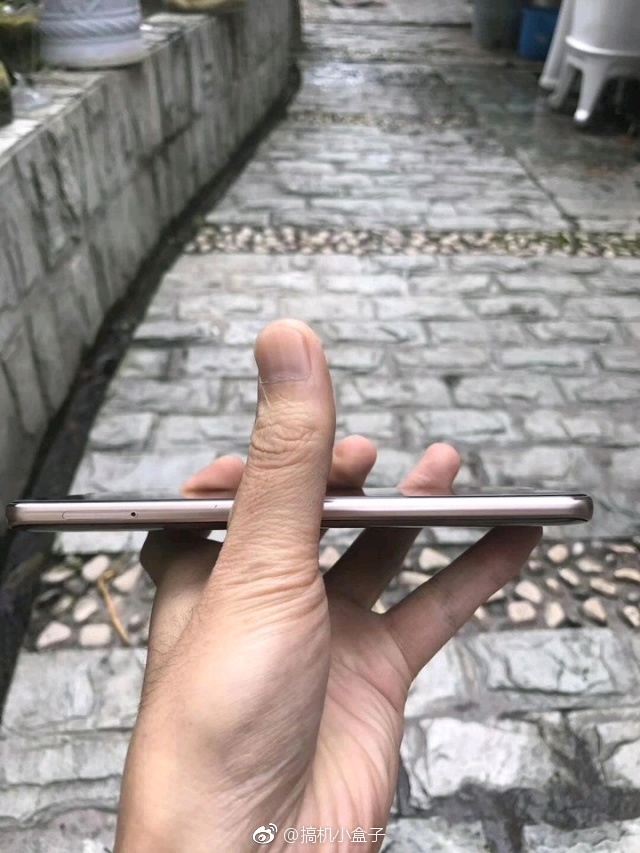 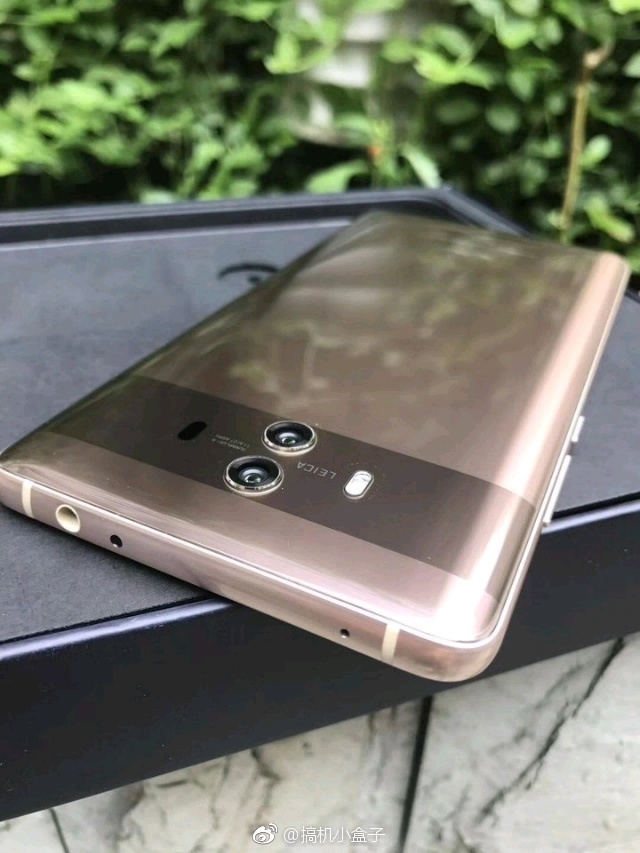 So, this is the regular Mate 10 & as we have mentioned in one of our previous leaks, this has the Fingerprint Scanner in the Front & as we finally have some High-res images now, we can also tell that the Screen is actually a regular 16:9 one for the Regular Mate 10. However, for the Mate 10 Pro it’ll be an 18:9 screen.

Other Design aesthetics include Leica branded Dual Cameras on the Back, the Sim card tray on the left, Volume & Power Keys on the right, a Headphone Jack & Secondary microphone along with probably an IR Blaster on the top and on the Bottom we probably have the USB-Type C port, Speaker Grill & Primary Microphone as that’s all left anyway. Also, the Body is made out of Glass instead of Metal.

What was leaked next are the Specifications. This one is where someone opend the settings & exposed almost all the major specifications of the device. Have a look… 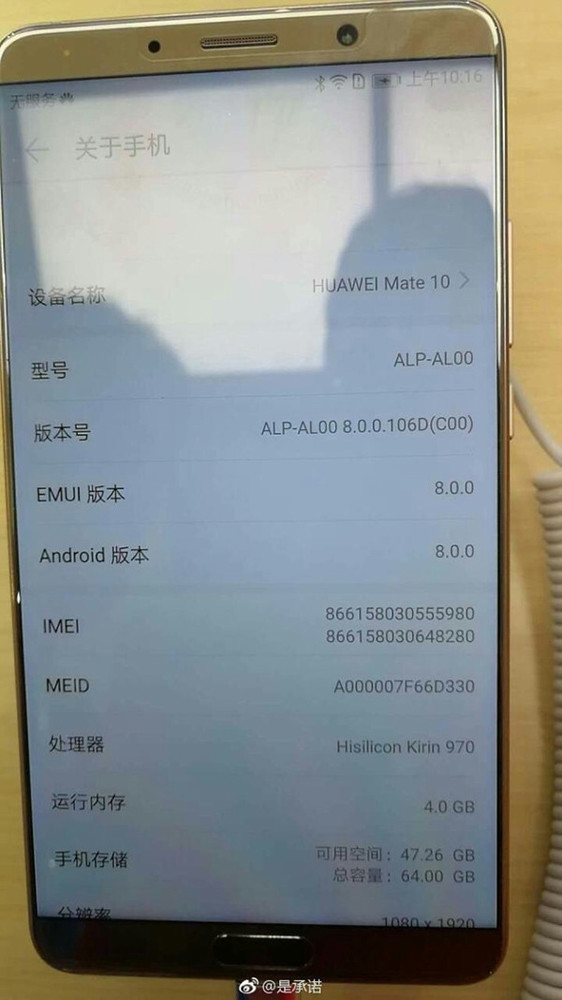 So, as you can see, this is the regular Mate 10 & not the Mate 10 Pro. Here we can see that, it is running on the Android Version 8.0 Oreo. Now, on the Hardware side we have the Kirin 970, 4 Gigabytes of RAM, 64 Gigabytes of Internal storage. Out of that 64 Gigabytes the user memory is around 47.26 Gigabytes.