ASUS just teased the worlds first GTX 1070 Ti GPU that will come under their ROG Line. It was posted in the ASUS ROG Instagram Page as kinda like a puzzle. Have a look… 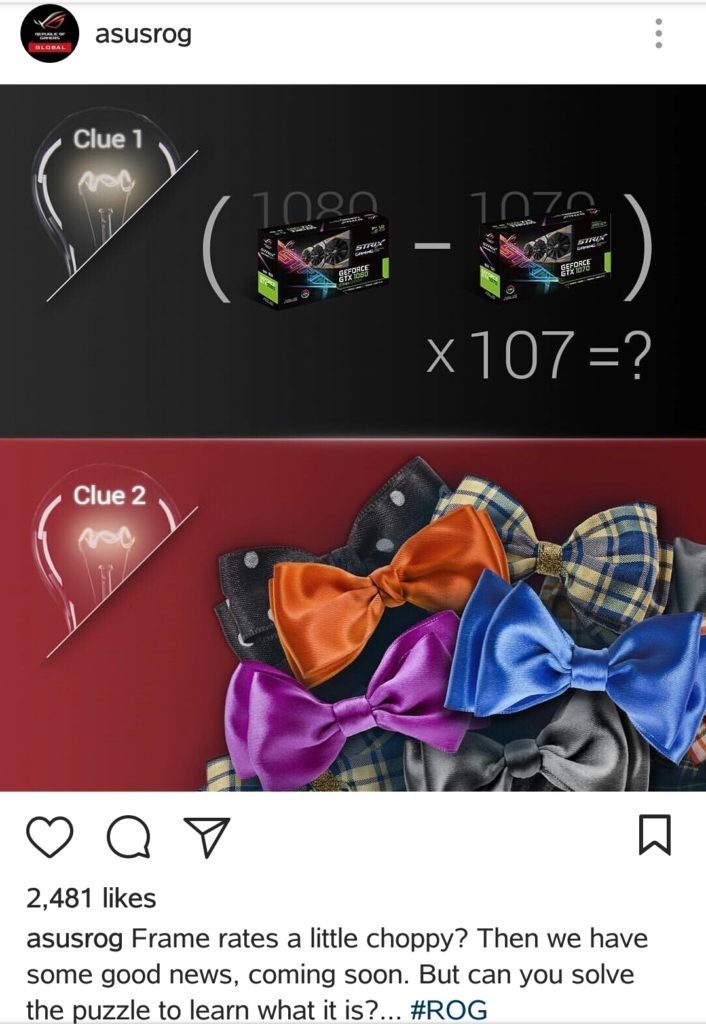 So, let me help you to solve that puzzle. We’ll do this step by step,

So, it’s clear that ASUS is teasing Nvidia’s upcoming GTX 1070 Ti that’ll come under their Republic Of Gamers (ROG) line. They are also probably the first to tease this GPU. So, that makes is clear. NVIDIA is at the edge of releasing the 1070 Ti & it’ll drop pretty soon. Definitely the partners including ASUS, MSI, Gigabyte etc. will have their own configured variants of the GPU but, as always there will be NVIDIA’s own Founder Edition as well.

The performance will stand between the GTX 1080 & GTX 1070 but, we’re expecting it reach pretty close to the GTX 1080 in terms of performance. So, are you exited for the 1070 Ti ? Let us know in the comments section below !