The Sony Xperia XA2 Ultra was coming into leaks from a few days now but, this time it actually has been leaked in real life images. These images show the device from both the Front & the Back exposing some of the major details about the device. So, this is the XA2 Ultra. 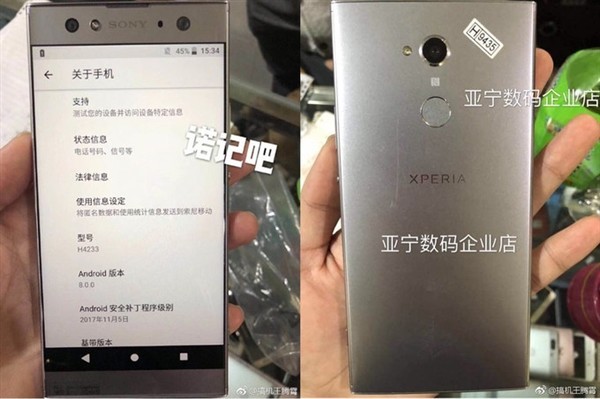 So, the design is a traditional Xperia like with those thick top & bottom bezels. but, the mail spotlight is probably the Dual Front Facing Cameras. This is probably the first Sony phone to ship with Two Cameras on the Front. In the Back we however have a single Camera only.

The XA2 Ultra also has a Fingerprint Scanner on the back instead of having it embedded on the Home Button or not having it at all. The device may also have some sort of Water Resistance on board. Talking about the internals, there might be a Helio P20 or a Snapdragon 450 alongside 3 Gigabytes of RAM & 32 Gigabytes of Internal Storage. The device will also ship with Android Oreo out of the box.

We don’t have any confirmed info on the release date & availability but, Q1 of 2018 is the expected timespan. The price might be anywhere between $300-$350.