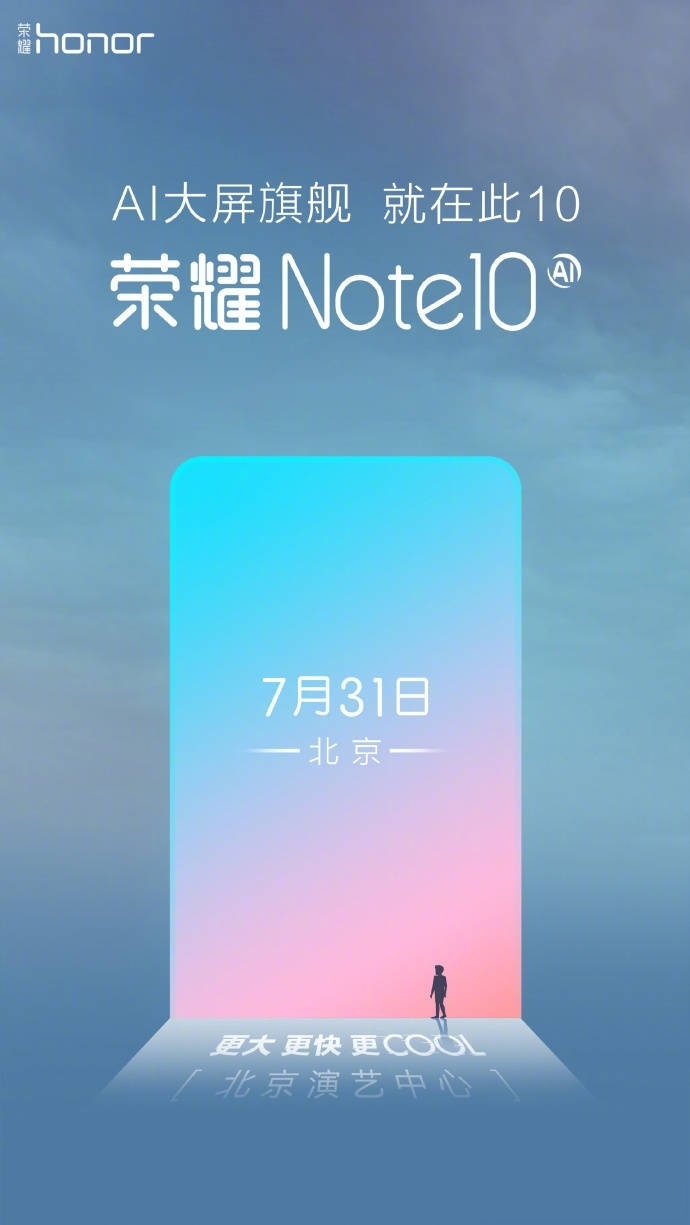 It was just a few days back, when we saw the first leak of the Honor Note 10 series and today we got a poster invite containing the release date. According to the poster, the Honor Note 10 will be launched on 31st July at Beijing Performing Arts Center.

The poster clearly says the smartphone will be bigger, faster and more cool, which means the Smartphone to come with huge display and powerful specification. Looking at the poster, it is quite clear that the phone will not come with a notch. Instead it will come with a full sized screen.

As said in the early leak, the smartphone will feature a huge 6.9-inch display, but the specification was never confirmed. According to the source, it is expected to come loaded with Hisilicon Kirin 970.