We all were waiting for the 10nm Xeon Processors from Intel but, Intel is again late to the party this time. Qualcomm has the taken the lead this time with their new Centriq 2400 series Processors that’s basically the First Server Processor In The World to use the 10nm Process Technology. And Qualcomm has done the 10nm thing with the Snapdragon 835 in the past but, that was made specifically for smartphones. But, it was quite surprising to see them build a Server Processor. But, it’s based on the ARM architecture if that matters to you. These Processors have more than 18 Billion Transistors inside them. That’s kinda interesting though. 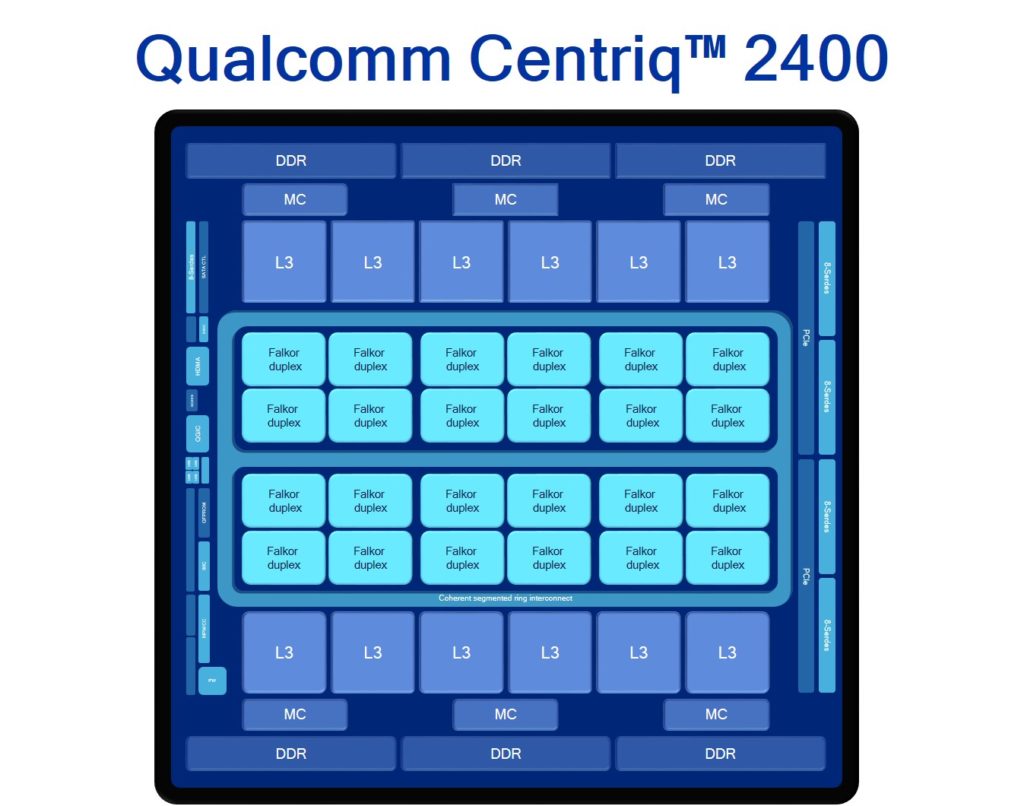 Qualcomm also claims that the Centriq 2460 performs significantly better than the Intel Xeon 8160 Platinum Processor that is basically a 24 Core, 48 Thread CPU. There are also two other variants of this series called the Centriq 2452 (46 Cores, 57.5 MB Cache, 120W TDP) & the Centriq 2434 (40 Cores, 50 MB Cache, 110W TDP). So, it looks like a pretty good line up so far. Qualcomm has also put a specs comparison chart with the Xeon line to point out the differences of the major specifications…

So, in the specs game Qualcomm is definitely giving Intel a good competition but, we have to test these CPUs in real life to get an idea about the actual performance. It’s just many times brands fail to perform as much as they claim so, without testing we can’t actually say how good the real life performance is & how much it is actually close to Qualcomm’s claims.